Stablecoins are getting more popular. So popular that they could bring about the mass adoption of Bitcoin as giant non-financial companies, such as Facebook and Samsung, get ready to participate in the crypto market.

A new Binance Research report on the evolution of stablecoins, released on May 15, 2019, underscores the mounting interest of large companies in stablecoins.

Allegedly, these companies are already creating stablecoins and other tradable blockchain-based crypto assets instruments. Thus, they are integrating blockchain technology into their digital wallets and payment systems.

Stablecoins minted by large companies such as Facebook could significantly disrupt the payment and crypto industry worldwide, the study concludes.

Imagine the implications if Facebook starts using its allegedly planned digital coin for payment purposes across Messenger, WhatsApp, and Instagram. According to the report,

These non-financial companies (e.g., Facebook or Samsung) are likely to be less risk-averse than traditional financial companies, and have greater incentive to disrupt the payments industry, with the added ability to execute at a faster, scalable pace.

As a result, these companies may help to define future key growth drivers for both the global payment and the digital asset industry.” 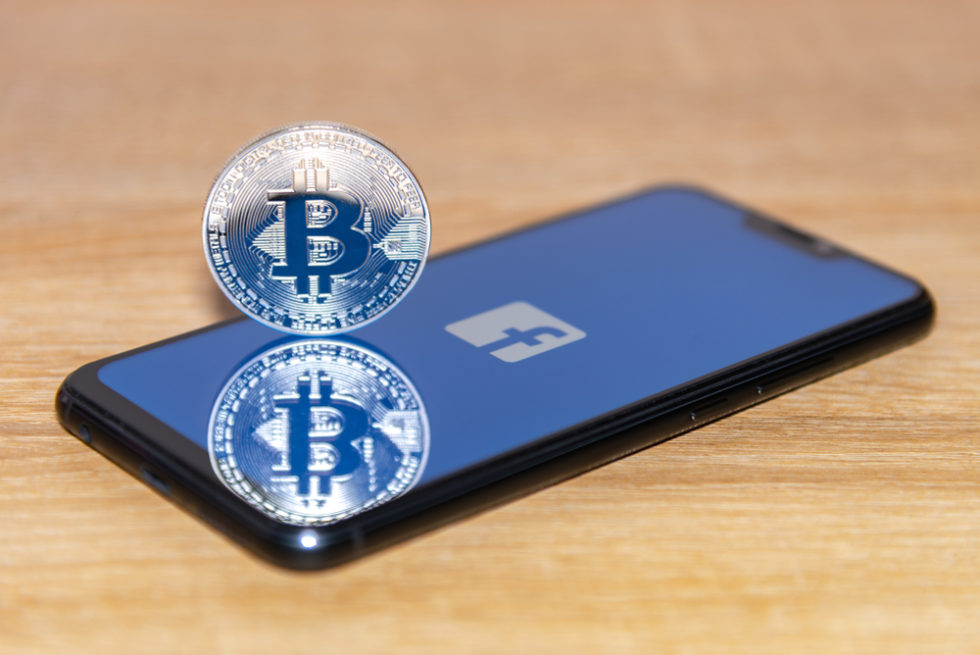 The report also points out the critical shortcomings of stablecoins. Unlike Bitcoin technology, for example, a central authority will develop and control the Facebook coin, and its ledger will not be immutable. Users will undoubtedly be required to link their Facebook identity to their ‘FBCoin’ wallets.

In this regard, depending on whether the blockchain is private or public, and whether there is a central authority, the report came up with four scenarios, specified as follows:

But regardless of the type of blockchain on which the Facebook coin will run, the report emphasizes,

This project could constitute a stepping stone in mass-adoption for cryptocurrency and other digital assets while contributing to the ‘unbanking’ of the payment industry.

As the universe of stablecoins continues to swell exponentially, they are also becoming easier to trade.

Stablecoins aim to lessen price volatility by being pegged to a fiat currency or an exchange-traded commodity as a precious or industrial metal.

US dollar-pegged digital currencies are growing fast. Quote asset volumes driven by stablecoins in Binance grew year-to-year from 35.78% to over 60.55% as of May 1st, 2019.

(Quote asset volume is the volume in the second part of the pair.) 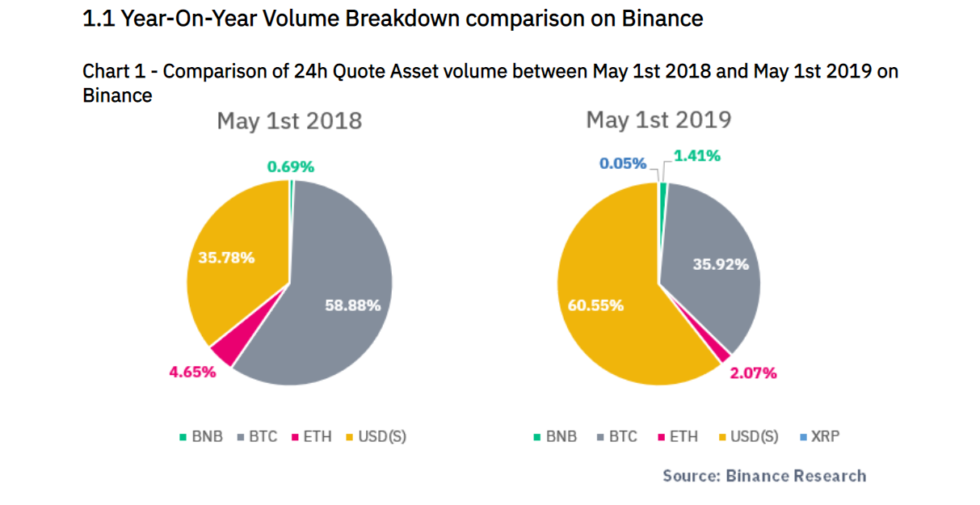 The report argues that the increase in volume is in part due to the introduction of additional stablecoin pairs on Binance in the first four months of 2019.

In spite of its recent Tether fiasco and the fact that it is no longer fully USD collateralized, USDT continues to dominate the Bitcoin markets because it has greater liquidity than other coins.

Moreover, the adoption rate of its Ethereum-based and Tron-based tokens is accelerating. As a result, Tether had the largest net inflow, reaching almost $1bn, in the first four months of 2019.

The report indicates that an increasing number of stablecoin-related projects are streaming into the market with additional products and services, promising a greater expansion of the use cases and popularity of stablecoins all over the world.

For example, TrustToken plans to launch several new stablecoins pegged to various fiat currencies, such as AUD, GBP, HKD, and EUR. And, Pexos is partnering with Ontology to use multiple blockchains, using an approach similar to Tether’s.

Will stablecoins help drive mainstream adoption? Let us know in the comments below!