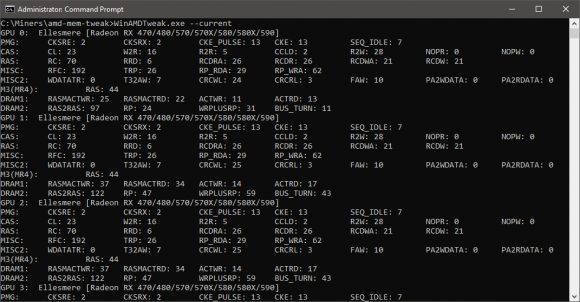 The very useful AMD Memory Tweak Tool that was initially only available for Linux is now also available as a beta for Windows users as well. With the help of the free and open source software from Evilop you can read and modify memory timings “on the fly” for compatible AMD GPUs that do come with GDDR5 or HBM2 memory (HBM was also supported initially, but is temporary disabled as it apparently need some fixing). Before starting to do anything with the tool you should check the Readme and run AMD Memory Tweak with the option --current in order to see what GPUs it detects and what memory settings are currently active. It might also help to see what other users have found out as good working configurations for their hardware and have reported on Bitcointalk based on their experiments with the memory tool.